As it’s the start of a mew week I thought I’d show you my planner theme for this week...and next week!

This week is a seaside theme loosely based on Bude. Partly because it’s half term and therefore, the start of tourist season. Secondly. because it’s a blog milestone on Wednesday so it was a good excuse to use my beach hut photo. 😉

I kept to blue, yellow and green colours as they say seaside and country to me. I also used some beach themed stickers from the 2 for £1 sets in Toymaster. So here’s the finished design: 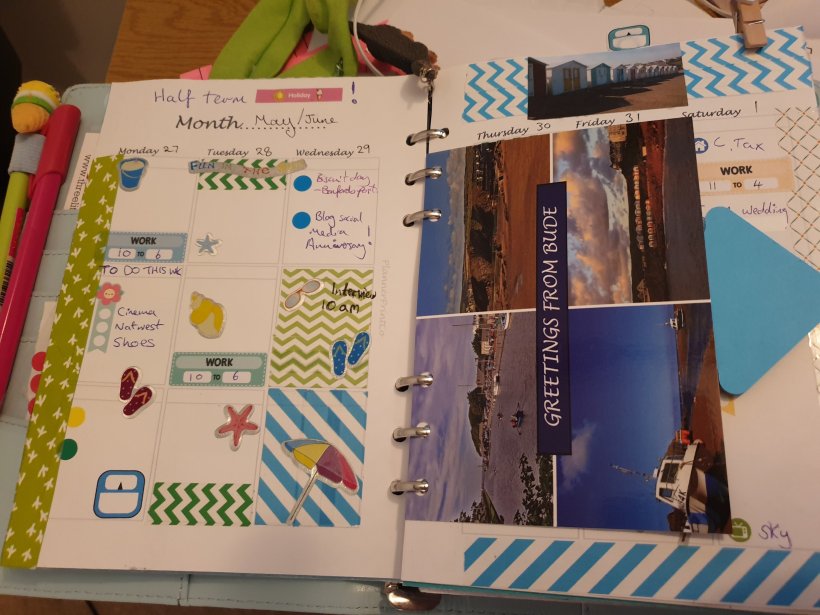 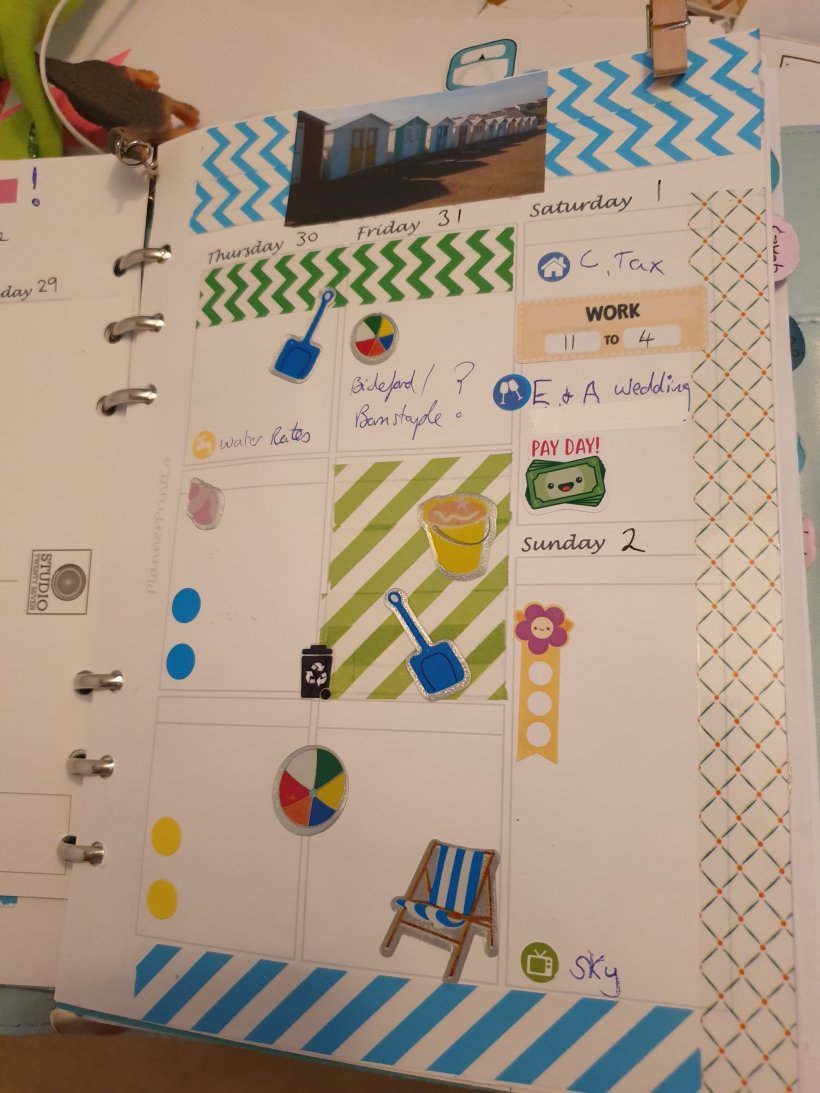 I like it, but wish I’d added more local pics. I have another beachy themed one in the summer though, so I’ll make some changes then.

Next week is special. It will be June so it’s my birthday month, but more importantly, it will be a year since we saw Fallen Kingdom!! (How?!?) So next week’s planner could only be one thing: DINOSAURS! 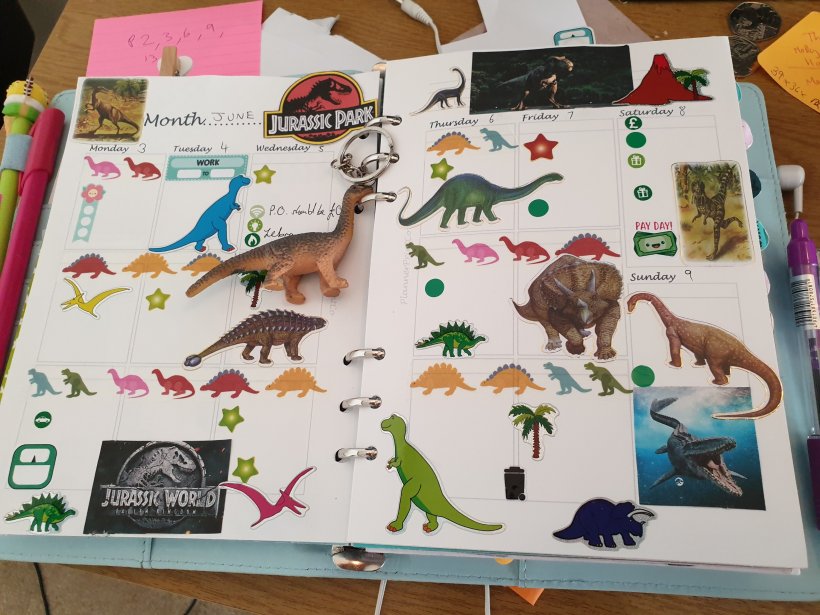 (Please excuse paper cuttings and wires, I was part-way through another project too.)

I cut out some printed JP stuff, especially my Rexy at the top (FYI that’s the pic from the end of Jurassic World and it’s also my Gmail and YouTube profile pic! 😉 )

You may have seen my amazing washi tape on Instagram as I just couldn’t wait to share (from Moggy Doodle on Etsy). Then I hit my planner with 2 packs of Dino stickers! Some more realistic ones…and some…err…not. (Although I have to say I quite like the purple Triceratops.)

I then added my normal stickers, in green where possible, and finished with a Sauropod keychain I found in a charity shop.

I do have one more thing to add next week; another keychain that a pupil bought for me at Christmas… a Pop figure Blue (the raptor from the JW series)!! I love her so much that I don’t want to add her yet in case she gets broken with me pulling planner out of my bag so many times.

It’s funny that I could love a raptor…if you went back to the original JP release and told my terrified 9-year-old self that rapors (or T-rex) were loveable, I don’t think she’d believe you!

Have a good one peeps!